Mid February, glimpses of Spring in the quality of the light, more brilliant, on those few clear days (well…few here!), the first buds on tree and plants, the earlier sunrise and later sunset, the air smells different, nature stirring…Are you stirring too?  I am.

February is an interesting month, almost a liminal space, neither here or there, between the darkness of Winter and the anticipation of Spring. It can be deceiving. We seem to get ‘started’ again, despite it being so Wintery still. Partly under the subliminal (sometimes blatantly obvious) instructions of the Consumerist Religion, partly driven by a desire to prepare for and summon the light, we seem to become more active, peek out more, attempt to wear lighter clothes, perhaps have a new hair cut, growing naturally tired of the heaviness, the muddiness of the ground, the winter boots. 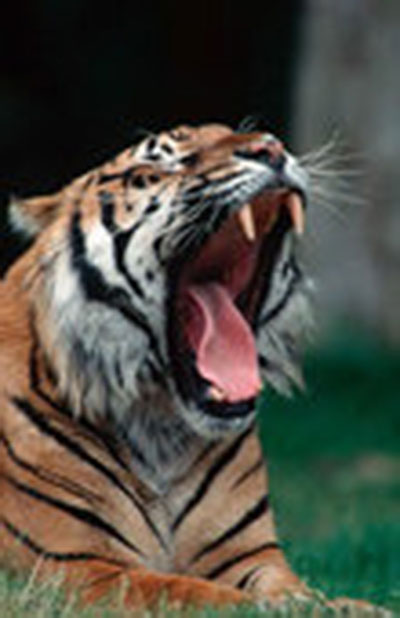 However at the same time, crisp bright days and sudden spells of warmer air alternate with chill winds and snowy skies and drops in temperature, frost, misty mornings, a reminder that it is still Winter.

The same starts and stops and uncertainties and hopeful sniffing of the air are happening there, in the non human world: creatures gone to sleep will sense the end of hibernation, seedlings will have tender shoots still perhaps concealed under the surface but nearer to it, buds swell up, for a time no leaves fall, not many found outside our doorstep right now, but no new ones appear on trees either. A warmer day can encourage the stirring, nudging it on, whilst a frosty one can slap some of it back, slowing it down, warning not to rush, not just yet….

This is the time when  Taoist traditions speak of the ‘Tiger energy’ beginning to rise.

A very delicate time, in the balance between ‘coming through’ into the light and ‘holding on’ to the threshold. The shoots and buds and sleepy creatures not being quite strong and ready enough, gathering up nourishment and energy, keeping some aside still, but also needing to be encouraged and sustained to move, stretch, bloom, manifest, shake out, BECOME.

Too much holding on would block growth, too much pushing would exhaust the energy that is rising, not yet in its full strength.

Getting the timing wrong with our vital force means causing stagnation at one end of the spectrum or depletion at the other. When we don’t nourish it, we become its prey.  Paying attention to protect, boost and support, means lush and healthy blooming that can sustain and regenerate itself.

So, HAPPY STIRRING, dear all!

Be GENTLE, keep PLUGGED IN to your energy, FEED yourself well, but PEEK OUT, be HOPEFUL and enjoy a GOOD STRETCH!