We Are All Travellers (it’s just a question of what reality we settle for!)

We Are All Travellers (it’s just a question of what reality we settle for!)

This month I have wanted to publish a post that came originally as a comment to my writing about ‘Nomads’, by my friend Mick Stevens, partly in response to the post, partly continuing on from one of our VERY long conversations! His comment is also posted at the bottom of that page but the depth and ideas expressed there called for a blog post in their own right.  It makes an interesting, passionate read and I hope you will enjoy it too! :

Stillness in the ‘Mind’ can sometimes give one a sense of greater peace. Just as ‘Settling’ for a place of permanency enables individuals and communities to develop in a more peaceful setting and cultures to unfold in different and more interesting ways. By taming and cultivating those parts of our mind that enhance our creativity and those parts of nature that we feel most connected to, we discover all manner of diversity and create many more ways of relating to the world.

A natural progression one might argue? But with those developments we tend to lose touch with a wilder, more naturalistic part of our ‘being’ and as a society, start to sink into a more artificial existence than we might of otherwise chosen – leading our ‘wilder’ and perhaps our more authentic side, to retreat into the shadows.

The price we pay for greater levels of sophistication and comfort is that the natural world becomes something a bit alien to us and is seen more as a resource, to prop up our lifestyles, rather than something we are intimately part of. This makes us more distant and fearful of the wilder more reactionary parts of our minds too, as we lose touch with our more innate, communal identities!

When lifestyles become more diverse and complex and if we ‘collectively’ forget to a large extent, our shared evolutionary routes, the ways in which people identify themselves will become ever more divisive; making it even harder to take seriously a common bond that isn’t just about the practical aspects of life. 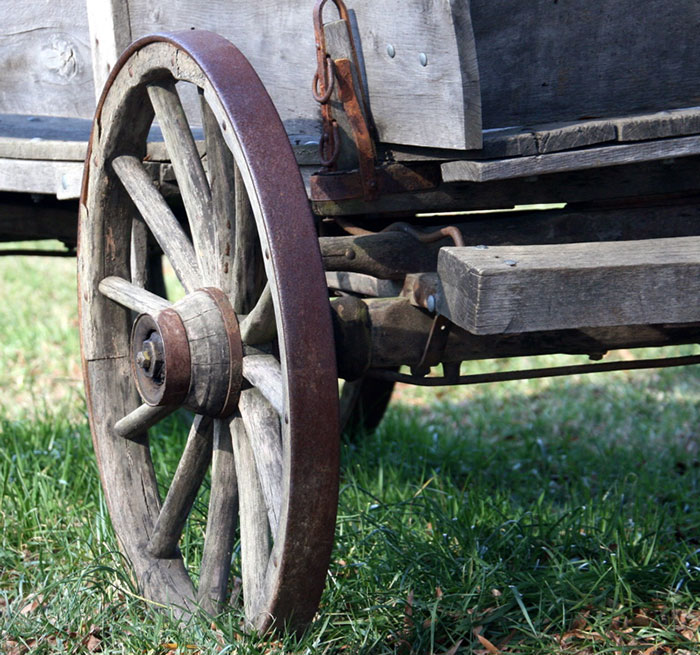 What beliefs arise as a result of this departure can, if not kept in check, give rise to a perverted or twisted view of whom, or rather ‘what’ we really are as ‘humans’ and our place or roll in the world.

My belief right now, having worn out my ‘naval’ from years of contemplating my own inner thoughts, hopes, fears, confusions, sense of inadequacy and incompleteness; let alone my search for acceptance, recognition, validation and the occasional ‘killer’ one-liner, witty remark, is that we, not all perhaps, but certainly most of us, are living a ‘Lie’.

It is not intentional. Nor are we necessarily conscious of it. However, the lie that we mistake for the truth is this… ‘We are who we think we are and pretend that we are not ignoring the fact that we do not really know!’

Maybe there is no way of completely knowing what we really are and maybe, just maybe, that’s ok!  Maybe, all we can ever really hope to know or find out, is what we ‘are not’ and learn to live with that?

And so… we create beliefs and find distractions.

Beliefs that make us feel safer and surer of ourselves; and distractions that take our minds off what we are unsure of! (Actually, we might be forgiven for thinking that a greater proportion of modern life is devoted to distraction more than it is to anything else. That’s how much energy is needed to keep our doubts and fears at bay!)

My hope is this; once we are liberated from the ‘untrue’ all that we will then be left with is the ‘truth’, whatever that is!  The truth in this case isn’t like the search for an idyllic identity. It is more a process of dis-identity, a de-programming, an elimination of that, which is false.  So it’s not so much the search for ‘what is true’, but more the recognition of the presence of what is false!

If life becomes a process of not just an accumulation of knowledge, but an elimination of falsehoods too, a continual process, we can then never really settle for a belief system that fixes the world and states with certainty who the enemy is, whereby turning them into the source of our woe.

It’s not just our doubts and fears that cause conflict either, but it can be our certainty! Our certainty of whom we think we are. If we can learn to live with those parts of ourselves we are unsure of and fear the most, then being ‘righteous’ becomes less appealing and our dependency on the ‘moral high ground’ far less necessary.

The fear of change and what we see as ‘foreign’ or culturally unacceptable is something we may understand better if we stop to question the idea that our cultural identity and what that includes, plays the biggest part in our reality and start seeing our version of reality as just a preference that’s been influenced more by the accident of our birth than it has by knowing the truth!

It’s not just a question of agreeing what else there is beyond our personal or collective identities either – if anything – spiritual or otherwise. Or whether hierarchies, elitism, groups, laws and rules have their place or not; they do and must be allowed, as it’s the only way society can run itself. But it’s ultimately, the degree to which we are conscious of how our views of the world are dominated by a pre-conditioned understanding or acquired prejudices, rather than a personal growing wisdom.

The clash between the so-called travellers and so-called settlers is not necessarily, to do with whose wrong or right. Its cause has as much to do with a mistaken identity on both sides of the argument, as it has to do with anything else!  People with fixed ideas about who or what they are and the degree to which their place in the world takes precedence over someone else’s, will inevitably meet with resistance and be challenged.

That’s when we need to highlight our shared underlying commonality, which includes as much as anything else, all our fears, doubts, insecurities and suspicions and addressing what it is that gives those power and makes them mean so much to us, when in truth they may turn out to mean very little!

Maybe we can only know peace when we have learnt to live with the unsettling state that is caused by the unknown in ourselves, as well as what disturbs us about other cultures and stopped throwing rulebooks at each other!

What separates us, as people, we cannot ignore, it will always be there to be seen and, therefore, needs to be addressed; but what truly unifies us as creative, compassionate, vulnerable, proud and spiritual human beings, maybe got buried a long time ago, along with those more natural, wilder aspects of our identity and we need to work out how we can engage in the sometimes painful process of digging it all back up and recovering our ‘true selves’.

And maybe only then, once we’ve done that, we’ll be in a better position to consider whether we want to start up the bulldozers or not!

This website uses cookies to improve your experience while you navigate through the website. Out of these, the cookies that are categorized as necessary are stored on your browser as they are essential for the working of basic functionalities of the website. We also use third-party cookies that help us analyze and understand how you use this website. These cookies will be stored in your browser only with your consent. You also have the option to opt-out of these cookies. But opting out of some of these cookies may affect your browsing experience.
Necessary Always Enabled
Necessary cookies are absolutely essential for the website to function properly. This category only includes cookies that ensures basic functionalities and security features of the website. These cookies do not store any personal information.
Non-necessary
Any cookies that may not be particularly necessary for the website to function and is used specifically to collect user personal data via analytics, ads, other embedded contents are termed as non-necessary cookies. It is mandatory to procure user consent prior to running these cookies on your website.
SAVE & ACCEPT